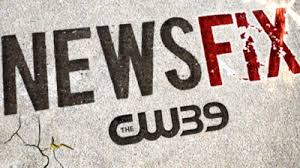 SPACE CENTER HOUSTON - Nearly 45 years since the last time an American walked on the moon, a new documentary pays tribute to the unsung heroes of NASA's Mission Control during the Apollo years.

"No single space project in this period will be more impressive to mankind or more important for the long-range exploration of space," President John F. Kennedy said in a landmark speech about the Apollo program during a brand new documentary called "Mission Control: Unsung Heroes of Apollo."

The Apollo missions did all that and more.

"These are people from ordinary backgrounds who accomplished these extraordinary things with little to no preparation," Rick Houston, author of 'Go, Flight!' which the new film is based on said.

Space Center Houston hosted the out of this world premiere, which brought all kinds of space heroes out of the shadows.

"The Apollo generation, we were the end of the greatest generation. Many of the kids were born in the Depression. They grew up in World War II. They entered Mission Control with clear understanding of duty, honor, and country," Apollo Flight Director Gene Kranz said.

"When I was a kid in Houston, I can't tell you how exciting it was to be around when the Apollo program and what was going on then, it was like living in science fiction," Linklater said. "It was like living in the future. Houston was, you know, ground zero for everything that was new."